What Constitutes Medical Malpractice in Texas? 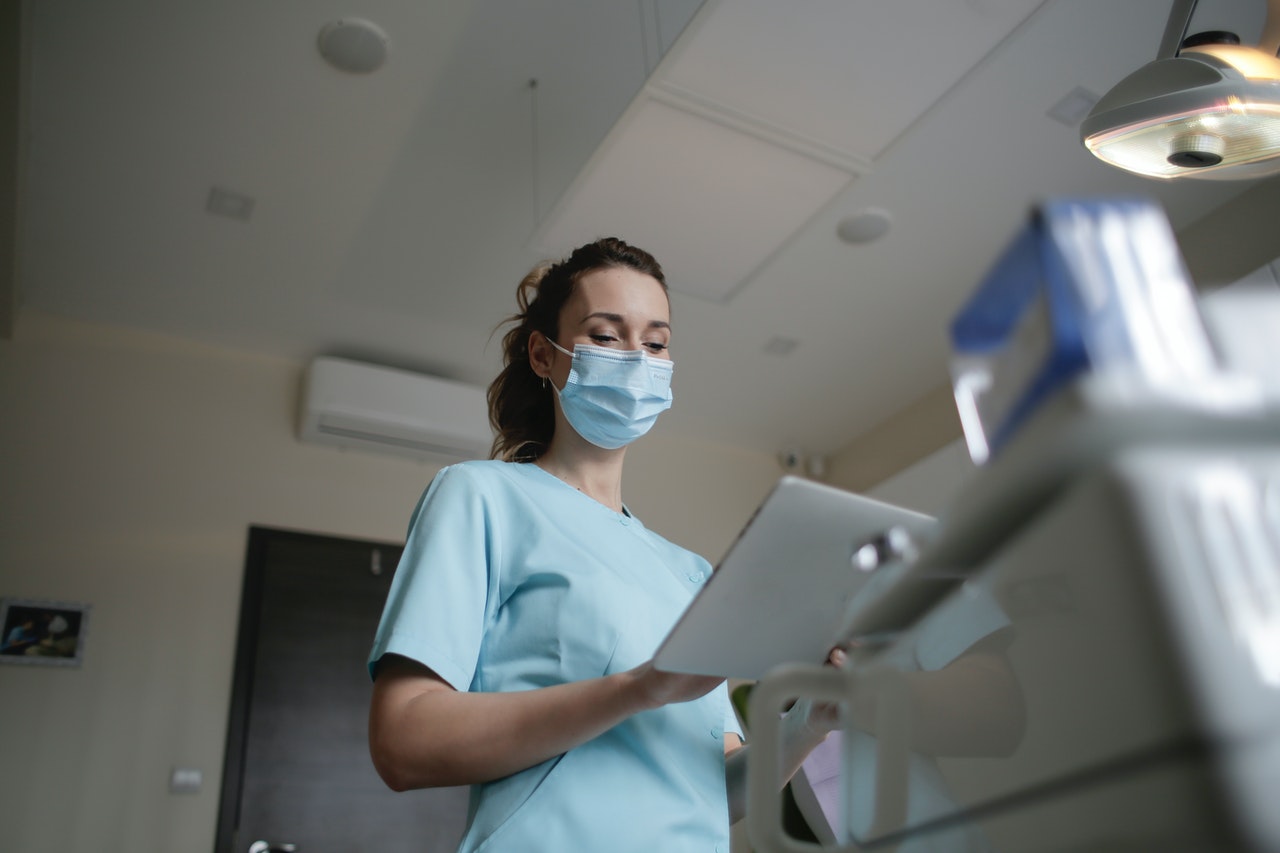 What Counts as “Medical Malpractice” Under Texas Law?

Medical malpractice is generally described as errors or mistakes that your doctor or another healthcare professional makes in treating you. A wide range of things can constitute medical malpractice, from misdiagnosis and delayed diagnosis to outright surgical mistakes and errors.

However, medical science is not perfect, and doctors and nurses are only human. This means that many things that are clearly “mistakes” or “problems” that could result in serious physical injury, failed procedures, or prolonged medical care might not be considered “malpractice.” Instead, some of these complications are normal, acceptable risks brought about by these limitations. So how do you know what is and what isn’t medical malpractice?

The main determining factor in whether the treatment you received qualifies as “medical malpractice” will be whether or not the healthcare professionals followed the “standard of care” in your case. The “standard of care” is not some objective standard that you can look up in a medical textbook to see what the doctor should have done because every patient and every procedure is so different. Instead, the standard of care is defined by looking at what other doctors with similar training and experience would have done in the same situation.

If your doctor’s care fell below these standards, then other doctors and the courts can safely say that you suffered from malpractice. If the doctor did everything they were supposed to do, but you still suffered injuries, complications, or adverse effects anyway, this unfortunately does not count as medical malpractice under Texas law.

How to Know if You Suffered from Normal Complications or Medical Malpractice?

Most cases where someone suffers an injury or adverse outcome after medical treatment or a surgical procedure do not count as medical malpractice. Medicine is a difficult science, and there are many risks and complications involved with any surgery and with most procedures and treatments. Drugs and surgery always have side-effects and risks, and some of these are expected, “acceptable” risks. However, it is not always easy to tell the difference when you are a patient without limited medical knowledge and expertise.

Many doctors are accused of covering up their mistakes by claiming that the effects you suffered were acceptable complications. However, if you do not have medical training of your own, it might be impossible to tell if that’s true. If you suffered care that you do not think was correct, you should always seek a second opinion from another doctor and contact an attorney.

Our Arlington, Dallas, and Houston medical malpractice lawyers handle medical malpractice cases and might have some idea from the outset whether the injury you suffered is one usually associated with complications or with malpractice. However, a medical professional is going to be the one who is best able to tell you whether the complications were normal or caused by medical negligence, so you should always speak to another doctor, too.

If your original doctor lies to you about whether the results were normal complications or the result of malpractice, this “fraudulent concealment” could lead to extended deadlines to file your medical malpractice claim. When a doctor fails to disclose that they committed malpractice and intentionally covers it up, this can make it harder for you to discover the injuries on your own, and it could mean that you go months or years believing your doctor before you get the treatment you need to correct the injuries. This could lead to increased damages and complications as well.

The Difference Between Medical Negligence and Medical Malpractice in Texas

The most significant factor when determining whether something constitutes negligence as opposed to malpractice is intent.  Intent for these purposes is not intent to cause the injury.  A health care provider can be both negligent and liable for malpractice even if they did not intend to cause the injury.  Rather, intent refers to the health care provider’s state of mind when they acted or failed to act.

Medical negligence is when the actions or inactions of the health care provider incidentally caused unintended harm.  In other words, medical negligence happens when a doctor makes a mistake.  Negligence only exists where the provider failed to act in a way that would be ordinary and reasonable for someone else in a similar position (i.e., another provider in the same field).

This failure is legally referred to as a breach, which is a critical element for recovery in a negligence case.  An attorney can establish what would have been ordinary and reasonable behavior for the health care provider (also known as the “standard of care”) by introducing expert witness testimony and other evidence about how other similarly situated professionals typically handle such circumstances.

Unlike for medical negligence, proving medical malpractice requires a showing that the defendant acted intentionally to deviate from the standard of care.  Attorneys will demonstrate the standard of care the same way as they would for negligence.  However, you must also prove that the defendant knew what was common practice for that particular situation and purposefully failed to act accordingly.

Doctors may be held liable under a theory of medical malpractice where they fair to accurately diagnose a patient with an existing condition.  Failure to diagnose for medical malpractice purposes also occurs where a doctor provides an incorrect or erroneous diagnosis, or provides an accurate diagnosis after an unreasonable delay.  A failure to diagnose a patient can cause an existing condition to worsen substantially.  It could also lead to unnecessary, painful procedures to cure nonexistent conditions and the exacerbation of untreated conditions in existence.

Medical malpractice may occur through one incident or over a series of continuous actions or omissions on the part of the medical care provider.  If a doctor erroneously continues a course of treatment that worsens a patient’s condition, the doctor’s failure to reasonably adjust the treatment in light of observed developments could constitute medical malpractice.  Remember, doctors are held to a higher standard of care than others who may behave negligently.

Your doctor has a duty to warn you of all foreseeable outcomes or side effects of any course of treatment to which you might agree.  In order to properly grant informed consent for any procedure, a patient must have given informed consent.  Treatments and surgical procedures are often accompanied by a litany of side effects.  If your doctor does not advise you of these potential side effects, you may have grounds for a medical malpractice suit.

Doctors may have liability to third parties for malpractice stemming from a failure to warn.  For instance, a doctor might fail to properly advise a patient on the potential for severe drowsiness caused by a prescribed drug.  Let’s say the patient, unaware of the side effects, took the medication before driving and fell asleep at the wheel, causing a large car accident involving multiple injuries to other drivers.  In such a case, another driver who was injured in the crash might have a medical malpractice lawsuit against the doctor for failing to warn the patient of the drug’s side effects that caused the accident.

When Can You Sue for Medical Mistakes in Texas?

As mentioned, sometimes medical mistakes are based purely on the limitations we have in the medical field. However, if you can prove that the doctor’s mistakes fell below an objective standard of care, you can usually sue for damages right away.

Part of your case will revolve around working with your lawyer and medical experts to determine whether or not the care you received met the standard of care. Doctors often fail to meet the standard of care by not investigating certain symptoms, by failing to run the proper tests, by failing to refer you to a more qualified doctor, or by committing errors in how they perform a surgical procedure. Another doctor who reviews the case can often pinpoint where the errors were and help you by testifying in court that your doctor’s care did indeed fall below the expected standard of care.

Texas law requires you get a doctor to review your malpractice case before you even submit it to the courts. When you file, you will need to file an “affidavit of merit” along with the other paperwork (other states often call this a “certificate of merit”). This shows the court that your case is serious and has already been approved by at least one medical professional.

When is it Too Late to Sue for Medical Malpractice in Texas?

There are some exceptions that extend the time limit.  For instance, if you do not discover the malpractice until after the statute of limitations has expired, you will be permitted to file your lawsuit for a “reasonable amount of time” after discovery.  Minors have an extended period of time in which to file their suit, which runs until at least the time at which the minor turns 14.  For negligence in continued treatment, plaintiffs may be able to claim that the malpractice occurred with the last instance of treatment rather than the first, but Texas courts are still very divided on this issue.

For these reasons, people with potential claims should get the assistance of legal counsel early, as the process of preparing and filing a suit can take time.  No patient should be denied their rightful compensation because of arbitrary procedural rules that they aren’t even aware of.

If you suspect that your doctor, nurse, or other medical healthcare provider might have made mistakes or errors that caused your condition to get worse or caused you physical injuries, call a Texas personal injury lawyer right away. The Queenan Law Firm’s Arlington, TX personal injury lawyers represent victims of negligent medical care and medical malpractice in misdiagnosis cases, surgical error cases, and other medical malpractice claims. Call our law offices today at (817) 476-1797 to set up a free legal consultation.