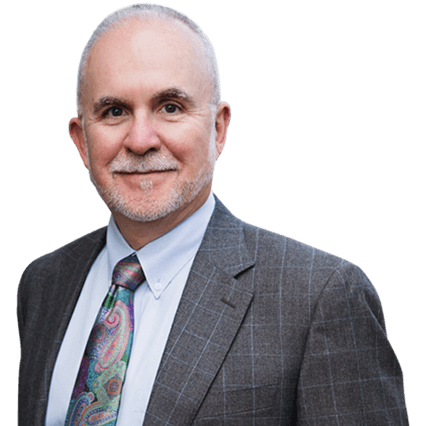 The team at Queenan Law will work with you to determine the best plan of action for your situation.

Whether the best option is litigation or settlement, our attorneys will be personally committed to your case. These few cases only represent the different issues and numerous cases resolved by our firm.

Results may vary and previous cases are no indication of future results.

$6.9 MillionSettlement
Queenan Law obtained a final judgment against an 18-wheeler driver, after a jury trial, in connection with a car/18-wheeler collision. The excess insurance carrier for the motor carrier then denied the claim. A federal jury decided the 18-wheeler driver was operating the truck within the scope of the permission granted at the time of the collision, thus invoking coverage.
$1.28 MillionSettlement
Client was rear-ended by an 18 wheeler. The highest offer to the client before the client retained Queenan Law was $18,000. After 12 months of litigation, the case settled for $1,282,500.
(attorney's fees $513,000; costs $189,330)
$295,000Recovery
A driver of an 18-wheeler turned right without signaling and struck a vehicle resulting in bodily injury to our client. (less $118,000 attorney's fees & $10,800 expenses)

$738,000Settlement
After a fatal automobile accident, Queenan Law represented the family of the victim to secure a large settlement against various insurance companies and drivers.
CONFIDENTIALRecovery
A family settled with a major automobile manufacturer after the wife and mother died in a one vehicle SUV rollover accident.
CONFIDENTIALRecovery
A motorist with faulty tires collided with another vehicle, resulting in the death of the other driver and serious bodily injury to her passenger. Families of both victims reached a settlement with the major tire manufacturer.

$640,000Recovery
A construction worker was injured while working in a poorly lit area of a new building. (less $256,000 attorney's fees & $60,760 expenses)
CONFIDENTIALRecovery
A worker was injured due to unsafe working conditions.
CONFIDENTIALRecovery
Insurance agent failed to obtain the correct coverage for its contractor client. After an injured worker sued the contractor, the court granted a judgement against the contractor for $756,610.09. The insurance company for the insurance agent settled the claims for a confidential sum.

$953,195Settlement
A German crane manufacturer failed to properly weld a lug to the crane boom. When the lug broke the client was knocked to the ground and sustained a head injury resulting in the loss of smell and vertigo. ($381,278.00 attorney's fee and $359,385.00 expenses.)
CONFIDENTIALSettlement
The airbag on a US manufactured SUV failed to deploy. The client suffered major abdominal and spinal injuries. The future medical expenses were projected to be $801,285. The lost earning capacity was estimated at $559,932.

$2.9 MillionSettlement
Four families lost a large portion of their investments when allowing an insurance and investment advisor to handle their financial affairs. They retained Queenan Law to evaluate their legal rights.
After a trial on the merits, Queenan Law obtained a judgment in Dallas County against that advisor. The defendant had fraudulently represented that the clients were making safe investments and the investments turned out to be high risk and unsuitable for the clients.

$245,000Recovery
After a company was forced to file bankruptcy when their previous counsel failed to adequately represent them at trial, Queenan Law succeeded in obtaining settlement.
CONFIDENTIALSettlement
Lawyers and law firm failed to file a lawsuit on behalf of their client resulting in clear liability personal injury claim to be time-barred. After being sued by Queenan Law the lawyers and law firm immediately settled for a confidential sum.

$150,000Recovery
An employee of a large dredging company suffered a broken ankle after a rope accident while on the job. (less $60,000 attorney's fees & $12,370 expenses)
CONFIDENTIALRecovery
Queenan Law obtained a settlement for a cruise ship performer after he sustained a shoulder injury due to being required to perform in rough seas.
$265,000Recovery
Settlement was reached for an employee working on a boat while docked in Galveston. (less $106,000 attorney's fees & $24,400 expenses)

CONFIDENTIALSettlement
A telephone repairman accidentally touched a high voltage wire. The client suffered extensive third-degree burns and was a paraplegic. The future medical expenses were estimated to be $3,000,000.00. The case settled for a confidential sum.
CONFIDENTIALSettlement
Long-time landowner electrocuted when attempting to protect his property after failed attempts to have electric company clear tree branches from a high voltage transmission line. The settlement details are confidential.

$140,000Settlement
Client was moving a friend from an apartment complex when a balcony railing gave way, causing the client to fall approximately 8 feet. The handrail did not meet the applicable building code requirements. The insurance company for the apartment complex settled the claims. (less $56,000 attorney's fees & $21,000 expenses)