Can You Sue for Injuries Caused by a Red Light Runner in Texas? 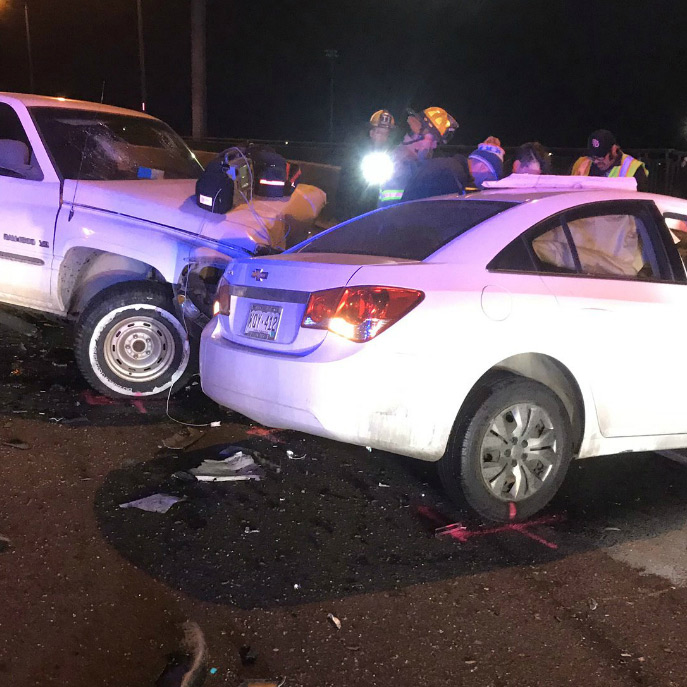 Everyone knows that running a red light is illegal.  And yet accidents are caused all the time by drivers running red lights.  If you were a victim of serious injuries in an accident caused by someone who ran a red light, it is important to know whether you can sue them and how your potential case will work.

In Texas, drivers can certainly sue someone who hit them after running a red light.  The same goes for bikers, pedestrians, and anyone else injured in a crash because someone ran a red light.  Because driving through a red light is illegal, this can help the victim prove fault in their case.

Adapted to the specifics of a red light accident, these elements usually look like this:

If your attorney can prove all four of these elements, they can show that the other driver was responsible for your crash.  Being able to point to specific traffic violations like running a red light is an important tool for injury lawyers to help their clients get the compensation they need after a car crash.

Is Running a Red Light Grounds for an Injury Lawsuit in Texas?

As mentioned, running a red light is in fact illegal throughout Texas.  That means that if someone hit you after running a red light, that usually gives you grounds to sue them for any injuries they caused.  However, you must be able to prove that what they did was in fact a violation – and you might be barred from suing if you were also committing traffic violations at the time of the crash.

Severity of the Violation

The fact that someone ran a red light and caused you injuries is typically enough to show that the accident was their fault.  However, there are a few situations where running a red light might be permissible.

For instance, if the driver pulled out into the intersection because someone was about to rear-end them, they might be able to claim that running the red light was justified.  However, these kinds of plausible excuses are rare.

More likely, a driver will try to claim that they did not actually commit a violation.  They could simply argue that you don’t have enough proof to show they ran the red light, which is an issue your Houston car accident attorney can contend with by presenting more evidence.  Otherwise, they could try to say that what they did doesn’t technically count as running a red light.

For instance, a driver who you clipped because they pulled up a bit too far at a red light might have been following the spirit of the law by stopping for the red light – it’s just a matter of whether they stopped too far past the line, not whether they outright broke the law.  This would essentially be left up to the judge and jury to decide whether there was legally a violation and whether the facts put that driver at fault or not.  Even without technically violating the law, pulling up too far could be unreasonable based on the shape of the intersection.

In many cases, the court needs to look at the whole picture to determine whether running a red light was “enough” wrongdoing for the other driver to be at fault.  This usually means looking at your actions as well as the actions of any other drivers involved in the crash.

For example, imagine you were driving through an intersection with a green light while driving the speed limit.  If another driver ran a red light and T-boned you at 80 miles per hour, the crash is clearly that driver’s fault.  However, picture a driver who slowly rolls through a red light into the intersection.  If another driver is coming along on the cross street and doesn’t make an adequate effort to stop before hitting them, the accident could be both drivers’ fault.  Here, it is also negligent to just hit someone when you had the opportunity to avoid the crash by slowing down or stopping.

Again, many of these cases come down to the judge and jury’s decisions.  It is typically up to the jury to assign partial fault to each driver in an accident case.  If the jury assigns more than 50% fault to the victim, the victim will actually be barred from recovery in their lawsuit.  Ultimately, your Fort Worth car accident lawyer’s presentation of the facts and legal arguments will be essential, especially if the case is “close” on the merits.

If you were hit by a driver who ran a red light, call our Texas car accident attorneys for a free case evaluation today.  You can reach the experienced Dallas personal injury lawyers at The Queenan Law Firm by calling (817) 476-1797.